Social Security Number Randomization, and how "CBSV" can help. 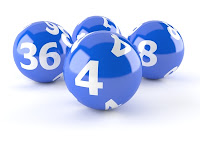 Employers, property managers, and  non-profits inadvertently received a new headache as a once straightforward method of verifying identity through Social Security numbers just became more difficult and more expensive. Not so good.

Is it Free?
Like most things in life, no.  The Social Security Administration invested a great deal of tax payer money into creating this new service, and they have established a structured fee schedule to access the information.  Exact costs depend on the service you use to connect with the system.  Expect to pay fees between 7 and 15 dollars per search.


While the CBSV will slightly raise the cost of background screening across the board, the ability to determine a false identity before an applicant is brought on-board FAR outweighs the alternative.  Discovering an employee’s Social Security number is false through eVerify or SSNVS once they’re employed can results in a labyrinth of procedures and red-tape, which equals time and money. Spending a few extra few dollars on the front end will save you a bundle on the bottom line.

For questions or pricing in regards to CBSV, SSNVS, eVerify or other acronyms that effect your applicant screening processes, please email contact@safescreener.com or call 888.578.8600 x113.  We’re here to help!
Please note: Recommendations in regards to F.C.R.A Compliance and industry best practices issued by Background Screening Consultants LLC (SafeScreener.com) should not be regarded as or substituted for legal advice.

Next Article: Is Your Pre-Employment Screening Provider Safe Harbor Certified? →